For our 6th year, Sheep Dog Impact Assistance (SDIA) has been selected as a Non-Profit Partner by Carry The Load. This is a tremendous honor and opportunity for our organization. Through this partnership, we can tell our story and what we do to a wider audience than ever before, while honoring the true meaning of Memorial Day and symbolically “Carry The Load” of those we’ve lost. 100% of funds raised/donated through the Sheep Dog Impact Assistance Company Team go directly to fund SDIA programs.

There are many ways to get involved, and you don’t have to attend a Carry The Load event to participate with us. Whether at your home or elsewhere, you can “Carry It Anywhere” and still help raise awareness and funds for this event!

How to Get Started

This will take you to the Sheep Dog Impact Assistance Company Team page on the Carry... 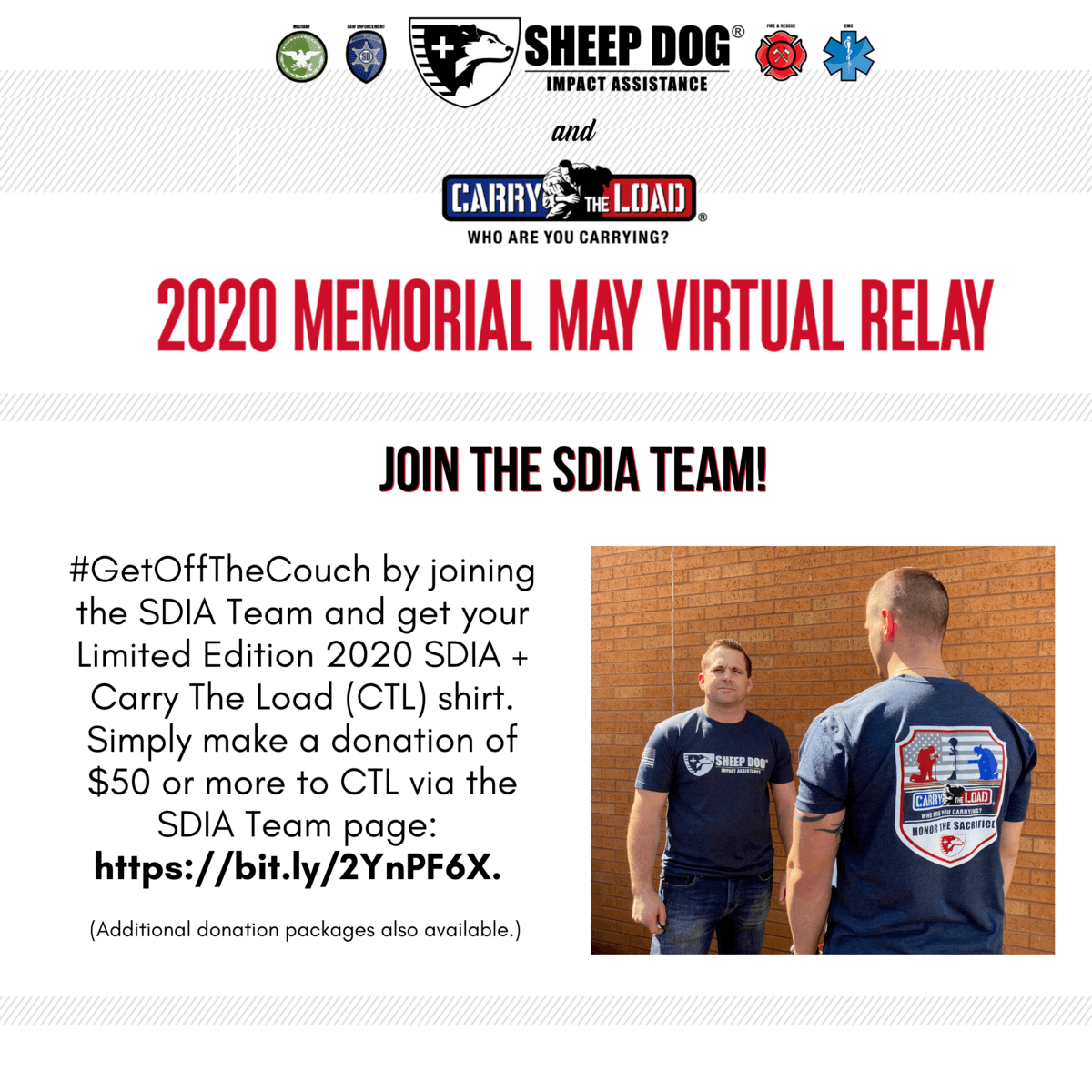 #GetOffTheCouch with Carry The Load's 9th Annual Memorial May Campaign. From your home, your streets, anywhere!

If you're like us, you're itching to get out of the house - or at least do something different at home. Well, we've got a great idea for you!

As a 2020 Non-Profit Partner of Carry The Load (CTL), we look forward each year to sharing their mission to restore the true meaning of Memorial Day through Memorial May activities, and be part of honoring and remembering the sacrifices our military, veterans, first responders, and their families make daily.

In the past we would get large groups/teams together and walk in CTL's Relays and Rallies across the US, as well as their Memorial March in Dallas on Memorial Day. This year will look different as we all participate virtually in our homes and nearby areas, but your support and involvement are vital to the...

SDIA, Carry The Load and the 2019 Memorial May Events Sheep Dog Impact Assistance is excited to have been chosen as a Non-Profit Partner for Carry The Load in 2019! This partnership is designed to bring honor to the sacrifice of our nation’s heroes by bringing back the true meaning of Memorial Day across the country. It is also a platform for SDIA and Carry The Load to raise funds for our mission to engage, assist, and empower our veterans and first responders.

Planting flags at the Fayetteville (AR) National Cemetery; Driving to Dallas to participate in the Memorial March; Manning a booth at the Non-Profit Partners (NPP) Tent; and Running the Mess Tent... 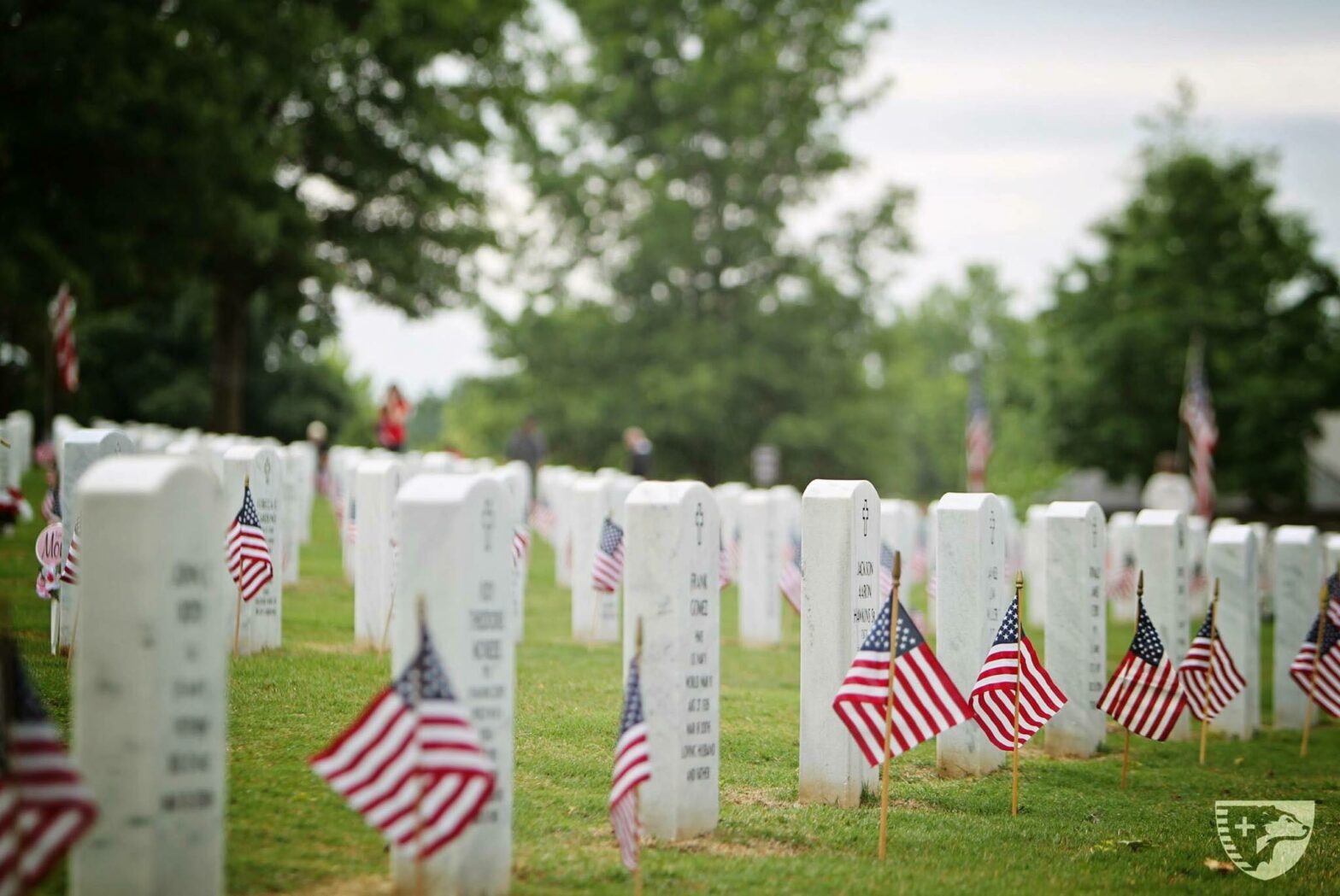 Throughout the month of May, SDIA Teams & Chapters have prepared for Memorial Day – a day for our nation to remember the men and women of the US military who have given their lives defending our country and freedoms. Indeed, our freedom is NOT free…it has come with a heavy price, and we honor those lost by participating in various events throughout the month.

May begins with our Teams & Chapters electing to participate in Carry The Load’s Rallies and East Coast Relay by walking 5-mile ‘legs’ of the 2,100-mile relay route from West Point Cemetery in New York to the Memorial March at Reverchon Park in Dallas, Texas, on Memorial Day weekend. The Relay operates 24 hours a day, handing off the American flag every 5 miles, and reminds people of the true meaning of Memorial Day - to honor our nation’s fallen heroes. Participants are encouraged to “carry the load” – a weighted backpack – with names... 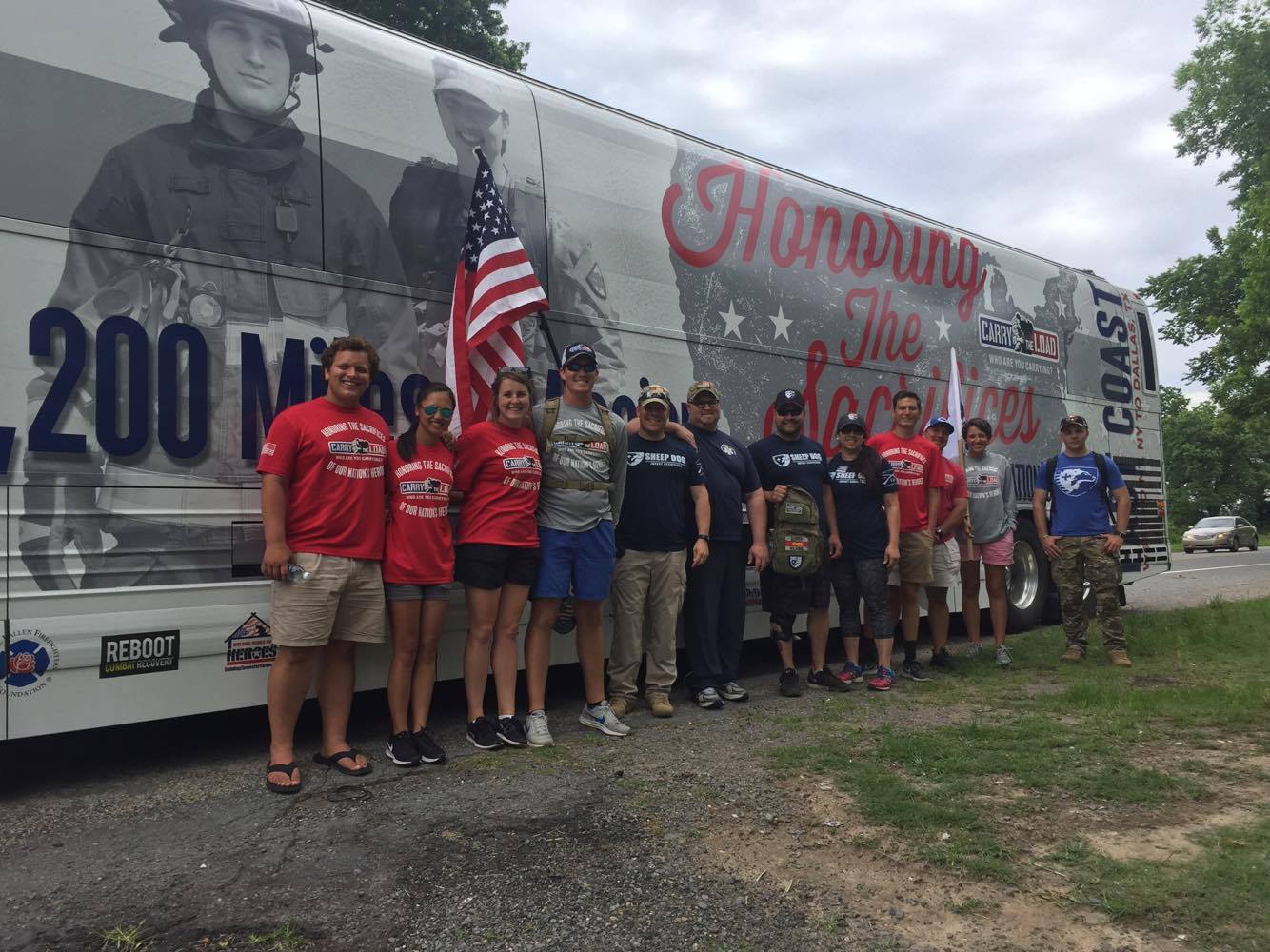 We are thrilled to share with you that SDIA has been selected as a Carry The Load (CTL) Non-Profit Partner for the second straight year! Over the past few years, we have established a rewarding relationship with CTL, and look forward to participating again in their Memorial May events. While this partnership has more benefits for us on an operational level, increasing awareness of SDIA through CTL’s vast network of like-minded organizations will benefit everyone associated with us. Increased awareness means more interest, more members, new Teams & Chapters, more financial support and more Sheep Dogs for us to engage, assist and empower on a national level.

Last year, SDIA had great participation in CTL’s Memorial May events – but we want to do more in 2018 to show CTL and our country how we can all honor and help our nation’s Sheep Dogs. Participation is whatever you can do – contribute financially, walk 5 or more miles on...

Over the past two weeks, SDIA has deployed Disaster Response Teams (DRTs) to assist those affected by Hurricanes Harvey & Irma. ROCKPORT & FULTON, TEXAS The DRT left Northwest AR on Thur., Sept. 14, and was followed on Sept. 16 by a team from Gunter & Smith Professional Cleaning Services (GSPCS) with heavy equipment, and two 26' trucks of supplies from GSPCS and Gary Eckel. Crews were able to set up their Command Center and had a secure area to stage equipment on Decker Womack's property.

As Rockport's systems were restored, the DRT moved north to Fulton, which was practically destroyed by Harvey. DRTs finished up their work orders and began their return home 9/20.

TAMPA & JACKSONVILLE, FLORIDA Two DRTs made up of 15 SDIA members and volunteers conducted...

As SDIA Disaster Response Teams (DRTs) work to assist those affected by Hurricane Irma in Florida, DRTs will also redeploy on Thur., Sept. 14, to Rockport, Texas, to continue with muck-out operations in that area.

While we await news of their hard work, here is a recap of – and a few stories from – the recent Disaster Response Mission (DRM) to Texas.

The first DRT departed from Northwest Arkansas the evening of 8/29, stopping at Bethel Ranch in Texas to rest for the night - THANK YOU for your generosity and hospitality, Bethel Ranch! The next morning the DRT continued to Houston. On the way, they stopped to visit Non-Profit Partner, Carry The Load (CTL), in Dallas. CTL blessed SDIA with a $20,000 contribution toward assistance efforts, and 3 truckloads of supplies the next day. Thank you, Carry The Load!

After arriving in Spring, TX, the DRT set up their Command Center, and once they began... 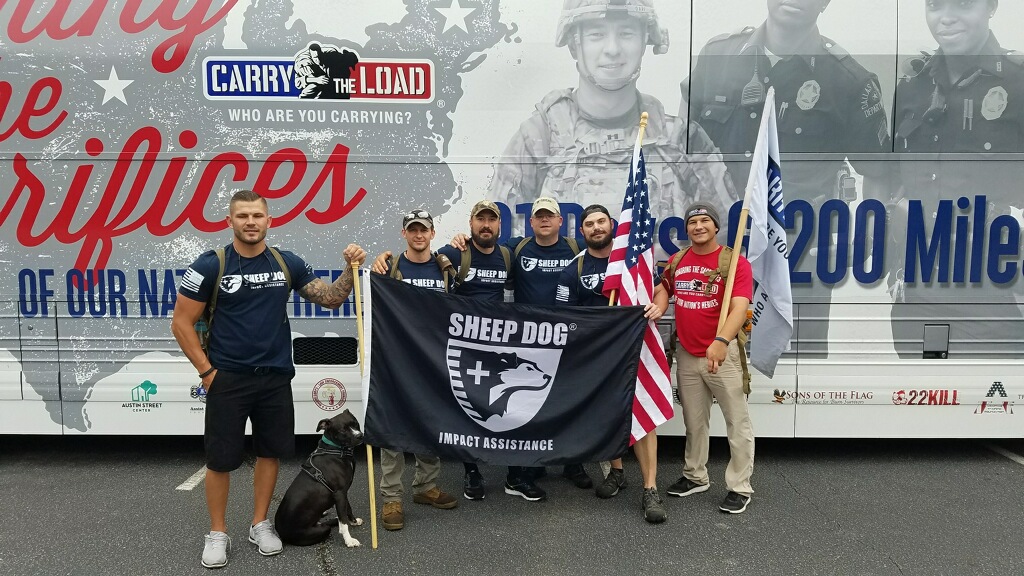 A few months ago, SDIA announced that they were named a 2017 nonprofit partner of Carry The Load (CTL), a nonprofit dedicated to restoring the true meaning of Memorial Day and providing active, meaningful ways to honor and celebrate the sacrifices made by our nation’s heroes throughout the year. Sheep Dogs who have given the ultimate sacrifice are honored and remembered – their load carried – at CTL events. One of CTL’s largest events is the National Relay, which has teams of people raising money and walking, running or bicycling 5+-mile legs of the over 6,200-mile routes throughout the month of May. The routes begin on the East and West Coasts, and meet in Dallas, TX, on Memorial Day weekend for the Memorial March. CTL’s founder carried one pound of weight for each of the people he carried on that first Memorial Day walk; now participants are encouraged to carry weighted backpacks with the names of those they are carrying...

As a national non-profit that exists to engage, assist and empower our nation’s “Sheep Dogs” – those who make up our military and first responder professions – Sheep Dog Impact Assistance (SDIA) is honored to announce their selection as a 2017 partner of fellow non-profit, Carry The Load (CTL). This partnership will provide much-needed funding to sponsor Sheep Dogs injured in combat or the line of duty to go on SDIA’s Outdoor Adventure to Washington DC and take part in the Marine Corps Marathon in October 2017. “We are thrilled to be selected as a partner of CTL,” said SgtMaj Lance Nutt, SDIA’s president and founder. “Our missions to engage and assist our nation’s Sheep Dogs fit perfectly within CTL’s “Continuum of Care” program to provide funding to those who directly serve our nation’s heroes and their families. We are extremely excited to sponsor as many Sheep Dogs as possible on our Washington DC Outdoor Adventure with CTL’s help.” More than...